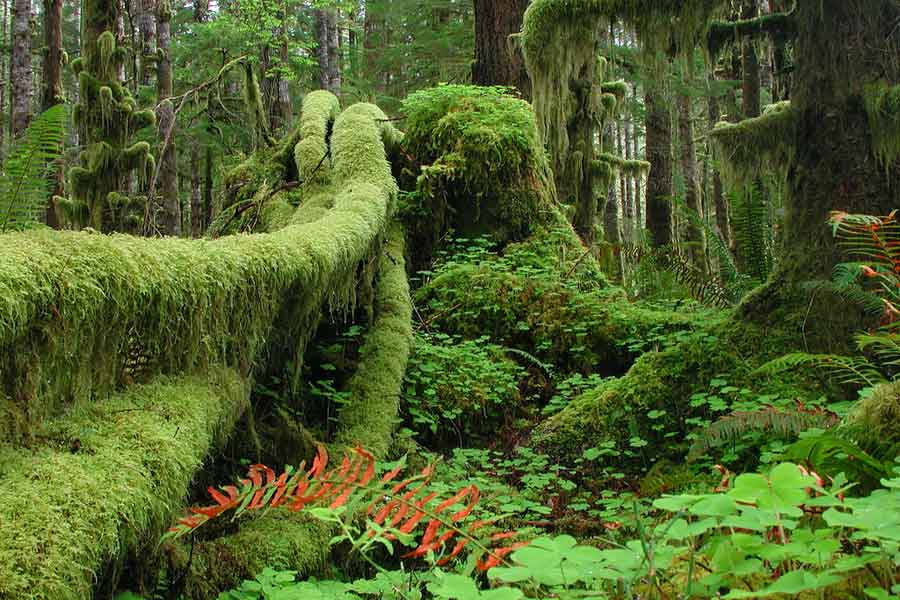 The rainforests extend in a discontinuous way over expanded territories; the presence of mountains, plateaus, lakes, marshes and rivers prevents that it covers all the equatorial zone. The virgin forest is located in Central and South America, Central Africa and in Malaysia and lndonesia. The landscape is similar in all those areas, but each one of them has their own characteristics.

The ground, that provides water and mineral salts are not fertile in the rainforest, since the organic matter quickly is disturbed by the heat and the humidity, and the nutrients are washed in intense rains. In addition, it remains humid, since the thick foliage absorbs almost all the light and it doesn’t allow the passage of solar rays towards the interior. The visibility reaches about 20 meters.

The dominant vegetation is arboreal, with units of 20 up to 40 meters of height. Against which it is believed, the trees of high trunks without low branches integrate a landscape in which it is relatively easy to move.

Also the epiphyte plants – that live on the surface of others plants, like the typical lianas, the ferns, the shrubs and other infinite species abound. It even prosper forms of life pertaining to the kingdom of the fungi, the protistas and the moneras. Other characteristic is that because there is not cold climate, the plants conserve their foliage all the year.

Most of the vegetation consists of hard wood trees, with very few herbaceous plants.

Oppositely to some wooded zones of Europe or North America, where there are few predominant arboreal species and sometimes a single one (for example pine groves), in the virgin forest it prosper one hundred different species from trees by hectare. Usually there are two levels of height, superior, that reaches to 30 and more meters, and underbrush, that arrives until 15 meters.

The lianas, the ferns, plants with flowers and certain seaweed and mosses can grow in the rainforest, but only in the zone of greater height, where they receive sufficient light.

The rainforest animals live in the different layers or strips from vegetation, adapted to their characteristics. The prey birds nest in the glasses of the trees. Below them are the monkeys, the parrots and the toucans, that coexist with butterflies and colourful flowers. At level of the ground, live the antelopes, wild boars, lizards and serpents, toads, frogs and felines, some of which also climb to the trees. The grasshoppers, beetles, ants, termites and others of great size are numerous.

In order to have an idea of the rainforest biodiversity it is possible to be considered that in 10 km2 of surface can coexist 760 species of trees, 125 of mammals, 400 of birds, 100 of reptiles and 60 of amphibians. In a single tree 400 species of insects can be counted. 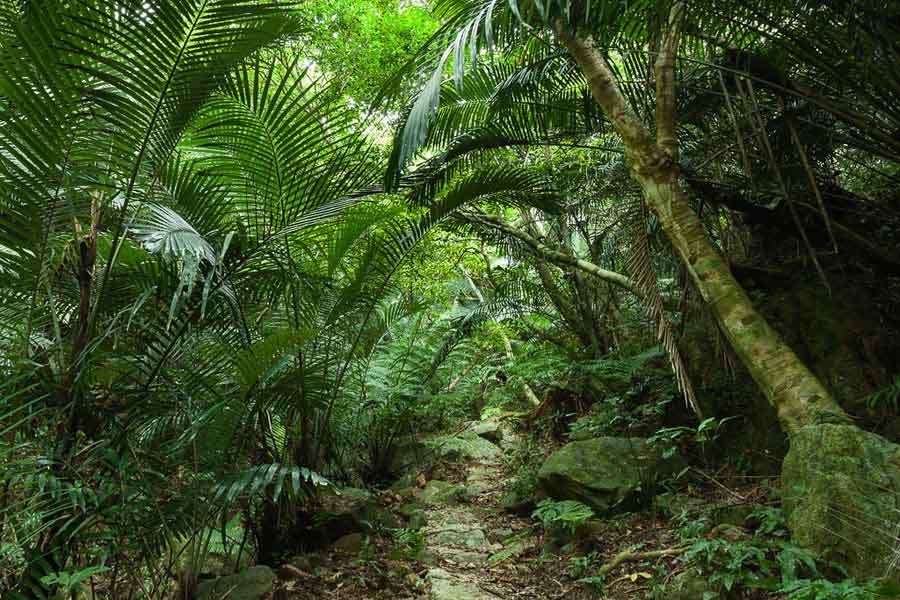 According to the theory of Charles Darwin on the evolution of the species, the ancestors of the man evolved from primates who inhabited in forests and tropical rainforests, where fed themselves on wild stems, leaves, roots, seeds and fruits. The hominid ones, group of primates in which is include the man – today its only representative-, left the forest, but they continued taking advantage of the resources who it offered them, not only in foods but also to obtain fire and to make arms, houses and until transport means.

In the past, the forests covered surfaces greater than the present ones. It is probable that the African rainforest extended by the east and the north until being united with the rainforests of Arabia and India. It is believed that the influence of the man on the climatic changes modified the space in those regions. The studies have demonstrated that there were virgin forests from the times of the cretacic, since more than 100 million years. The fossils of those times confirm that the north of Europe was populated with similar rainforests to which today they cover the tropical.