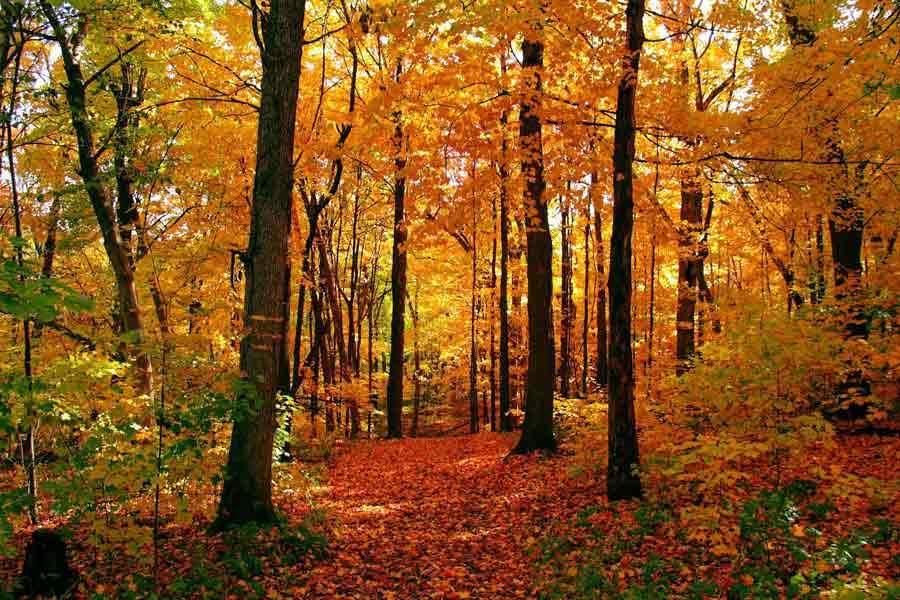 Temperate forests are typical of all European continent, the Eastern region of Asia (in special, Chinese and Japan) and North America.

Also are finded in tempered areas of South America. Great part of them has been destroyed for the wood obtaining and the advantage of the ground with farming aims.

The vegetation is predominantly arboreal, although also there are shrubs and herbaceous plants. Within this biome are distinguished two formation: the forest caducifolio and the one of coniferous. The average temperature in temperate forests is 50° F. Summers are mild, and average about 70° F, while winter temperatures are often well blow freezing. The average yearly precipitation is 30-60 inches.

This precipitation falls throughout the year, but in the winter it falls as snow. The aggravating factor is the water, because a period of the year exists in which the precipitations are smaller. To be remote of the tropical zone is subject to the change of the stations.

The development of shrub and herbaceous vegetation in this biome facilitated by the falling leaf in winter, that allows that the solar rays reach the ground during the rest of the year. The sedimentation of dead leaves contributes to mineral salts and organic matter, that fertilize the ground.

Another important characteristic of the temperate forest is the diversity of animal species: birds, rodents, red deers, wild boars and bears, among others, in the North hemisphere, and in general, smaller species that occupy equivalent ecological niches in the south. The herbivorous consume grass, fruits and berries, and serve as food to the pregivers.

The man finds in this biome an important source of income. Of the reserves of the forest raw materials for the industries; nutritional, lumber, wastebasket and pharmaceutics are extracted. The forests also serve like containment means and regulation of the water volumes, conserves the quality of grounds and it protect them of the erosion. In another aspect, they contribute to maintain the heat balance of the Earth when absorbing present carbon dioxide in the atmosphere. 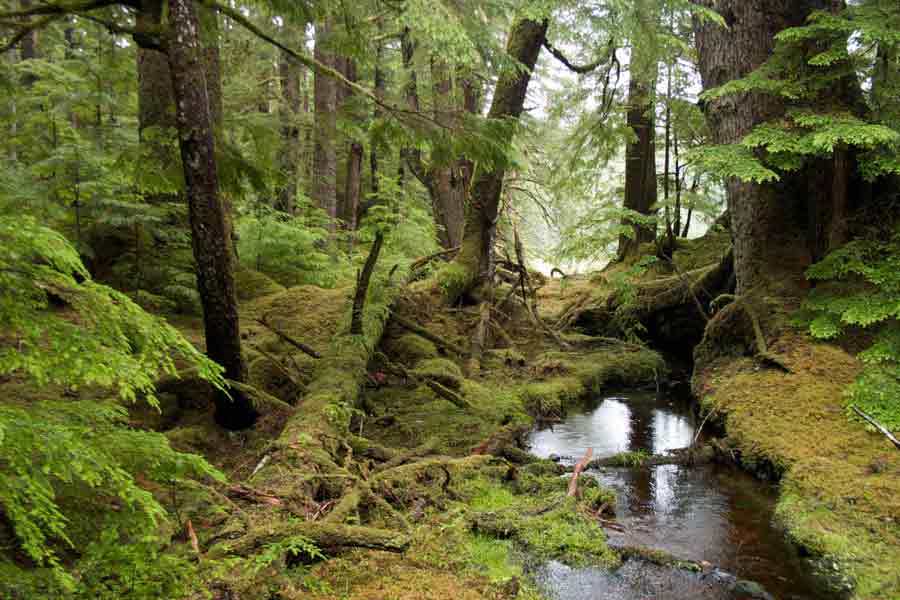 In the temperate forest coexist, among other species, birds, rodents, foxes, red deers and bears, consequently, the cutting of trees, not only it affects vegetal species sometimes but animals, also causing extinction risks

The ground of the temperate forest has a high content of organic matter that is fundamentally accumulated in the first two undercoat, which is demonstrated by the dark colour of the same ones.

In the North hemisphere, the caducifolio forest is located around the 50 ‘ of North latitude.

It is characterized by a mixed vegetal formation and by the abundance of trees that fall during the cold season. The main arboreal species are the oaks, the brown, the linden trees, the maples, the elm trees, the hazels and the cherry trees.

In the caducifolio forest lives red wild boars, squirrels and red deers, that are herbivorous, and savage foxes, bears and other carnivorous mammals. Between the birds are cuckoos, red headed and doves that feeds on seeds and insects, and others of plundering, like the sparrow hawks, that look for small birds. 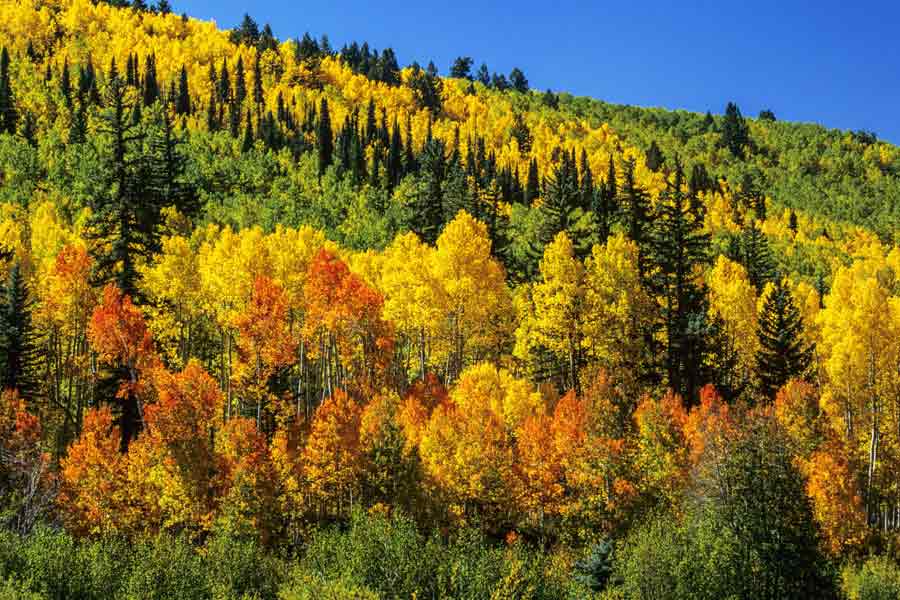 The coniferous forest extends between the limit of the tundra and the 50 ‘ of N latitude, in Europe, Asia and North America.

It is developed with precipitations of about 500 annual mm. The flora and the fauna are similar to both sides of the Atlantic. 150 varieties of pines exist, that grow in poor grounds.

The firs, however, are preferably in rich and humid lands. Other arboreal species are the larches and the cypresses; the birches grow more in cold areas, near the tundra.

The ground is always covered by leaves and branches fallen that offer feeding to the herbivorous, like the reindeer.

Between the carnivorous are the marta, that hunts on the branches of the trees, and the lynx, a feline that generally lives in the mountainous areas. 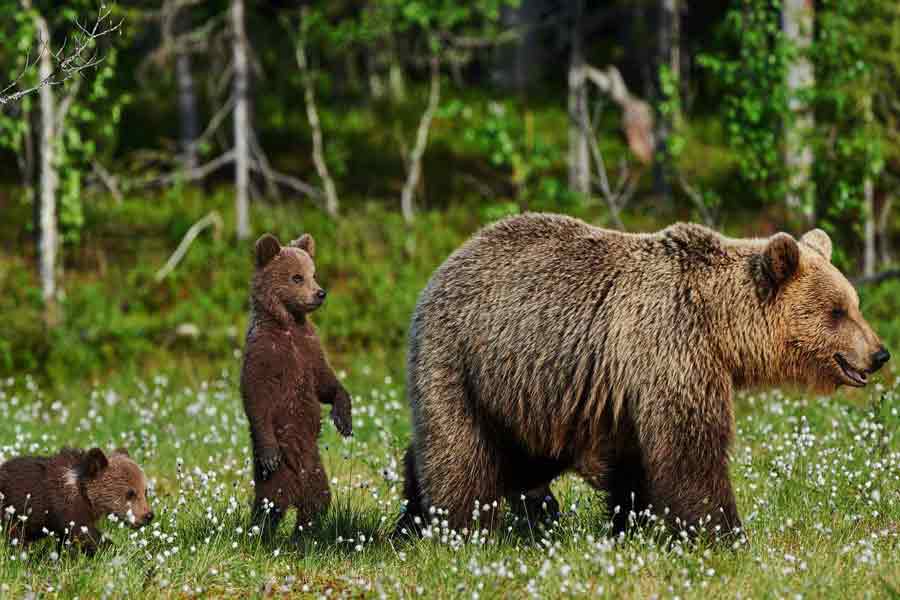