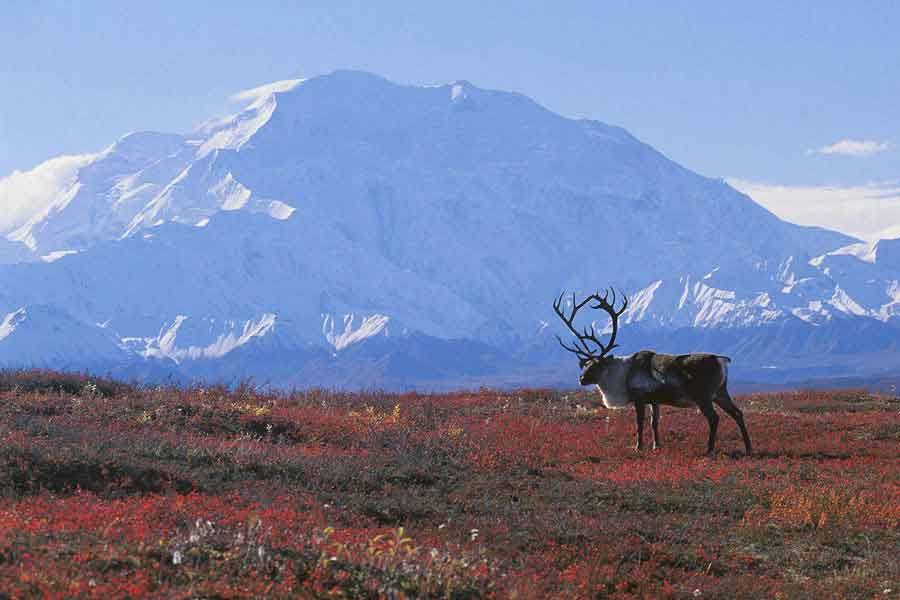 The North hemisphere contains two typical biomes, that extends, one after the other, between the polar regions and biomes located more to the south. They are the tundra, devoid of arboreal vegetation, and taiga, forest mainly of coniferous.

The tundra name is applied, mainly, to the Arctic regions of Asia that are between the perpetual ice to the north and the forests of taiga to the south. The ground of the tundra remains frozen most par of the year, and it melts partially in summer. The water is accumulated then in quagmires and marshes.

In the tundra, the aggravating factor is the temperature. The average of annual precipitations is low, around 250 mm, and the average temperature is 25ª F, although in winter temperature can reach -50°F. The subsoil displays a permanent frozen layer, whose thickness varies according to the station. This ground layer receives the name of permafrost.

In the tundra, the dominant forms of life are mosses and lichens. In spite of the shortage of rains, both forms grow well, because the evaporation is almost nonexistent and there are great humidity concentration.

The ground, poor in organic substances, presents shortage of nutrients. All the tundra is zone of peat bogs, deposits of a fossil fuel, the peat, formed by vegetal remainders that were accumulated during thousands of years in marshes. By the intense cold, the decomposition process is very slow and the fertile ground formation is little.

The fauna of the tundra also presents little diversity. The two main species are the reindeer, in Europe and Asia, and the caribou in America. They are very similar animals that, more likely, descend from a common ancestor.

The ground of the tundra defrosts only 2 or 3 times to the year, originating small water mirrors. The subsoil, call permafrost, is permanently frozen.

They are ruminats mammalian of the family of the cervids, and live in flocks.

Approximately, they have a meter and a half of height (the height of a quadruped, measurement from the ground to the highest part of the back). Its coat, very dense, changes of the brown grey to white, in winter.

They have spears, with which excavate in the snow in search of lichens, its food. They migrate periodically, in agreement with the cycles of reproduction of the life forms of which they are nourished.

The reindeer domesticate, and serve like shot and load animals . Other mammals that feed on plants and lichens are lemmings, species of rat of field.

There are also arctic hares, polar wolves, foxes, lynges and bears, and until a type of wild bovine adapted to the intense cold, the almizclero ox. Many of these animals hibernate, that is to say, enter in a winter lethargy state , after having accumulated reserves in their organism during the brief warm season. The variety of birds is greater: there are nivales owls, palmípedos like the goose and the colimb, and the greater hawk than knows , gerifalte. Other birds come from the south, and find in the tundra the conditions necessary to nest and reproduce.

During the little summery days there are also jejenes and mosquitos. It is surprising that in zones as cold as this ones, these insects get to reproduce until forming gigantic clusters. In the short summer season, part of the accumulated snow melts, the subsoil of the tundra, frozen throughout the year, it prevents the drainage and pools and marshes form.

The suspended water reaches then sufficient temperatures after the reproduction of the larvae of the mosquitos.

Traditionally, the tundra been has inhabited by eskimos – hunters and fishermen- and also shepherds of reindeer, moving from the forests, in search of food for their flocks and reach the tundra at the less cold time of the year. it is interesting to observe that the life of these towns evokes in certain way the one of the man called of Cro-Magnon, a predecessor of the present man who inhabited the region of Dordoña, in the south of France, about 30,000 years ago. 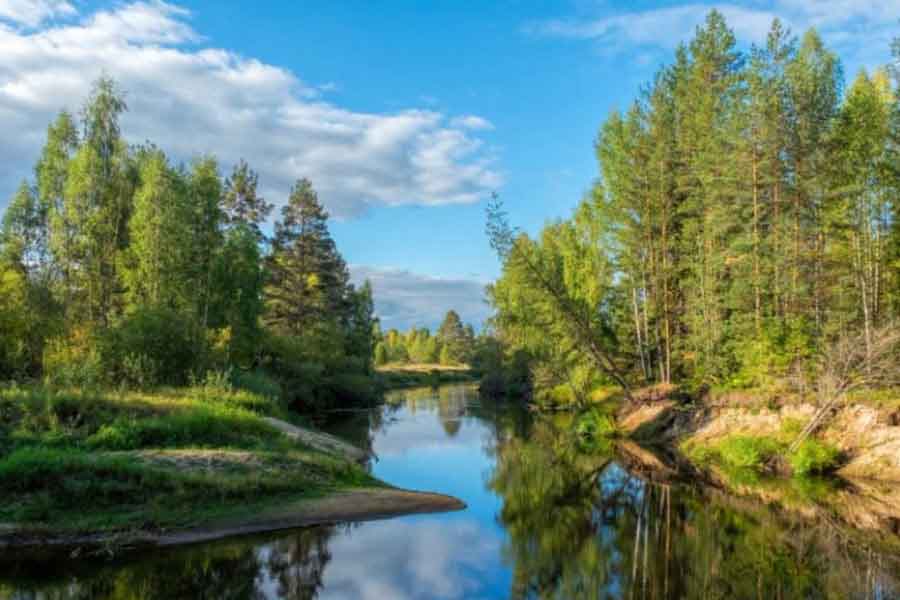 The ground of taiga, put under smaller cold than the one of the tundra, allows the development of arboreal species, like the coniferous.

That zone, temperate at the present time, was tundra in those times. The archaeological discoveries and the paintings of the caves in which they lived, show similarities with eskimos groups of the present tundra.

In Asia, to the south of the tundra and to the north of the steppe is a wooded cold climate formation, with coniferous predominance..

This biome of the north of Siberia, that has been called taiga, also appears in the region of the sea of the Hudson, in the north of Canada.

In taiga, the aggravating factors are the temperature and the water. The average temperature is of 19º C in summer, and -30ºC in winter; the annual average of precipitations is 10 – 30 inches.

In all this zone the boreal forest grows, favoured by climates less rigorous than those of the tundra and by a ground that suffers less the effect of snow .

The Scandinavian countries, Siberia and Canada present forests of firs, pines and larches, and of birches. The fauna is composed by animals that resist the cold, many of which hibernate: elk, bisons, wolves, bears, martas, lynges, squirrels, marmotas, beavers, lemmings and deer. 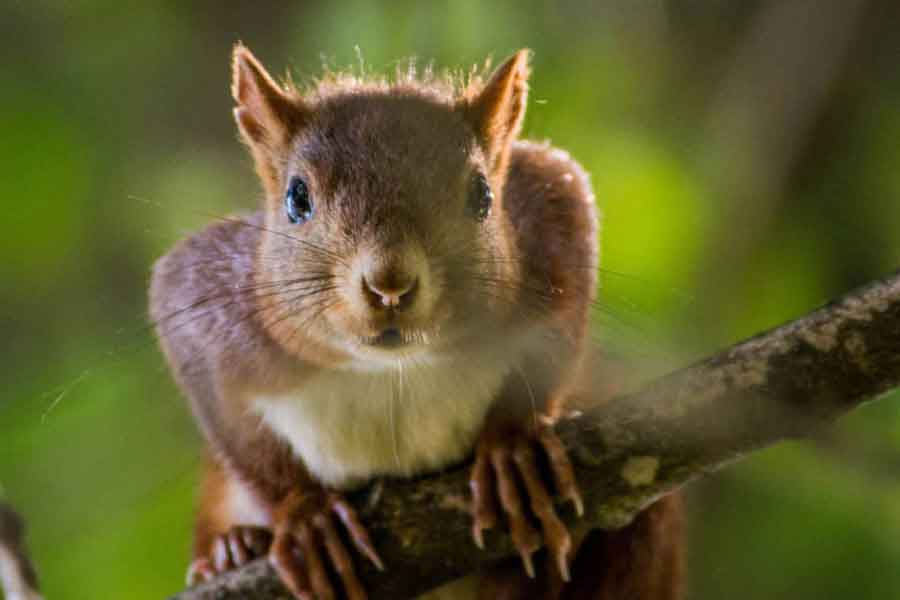