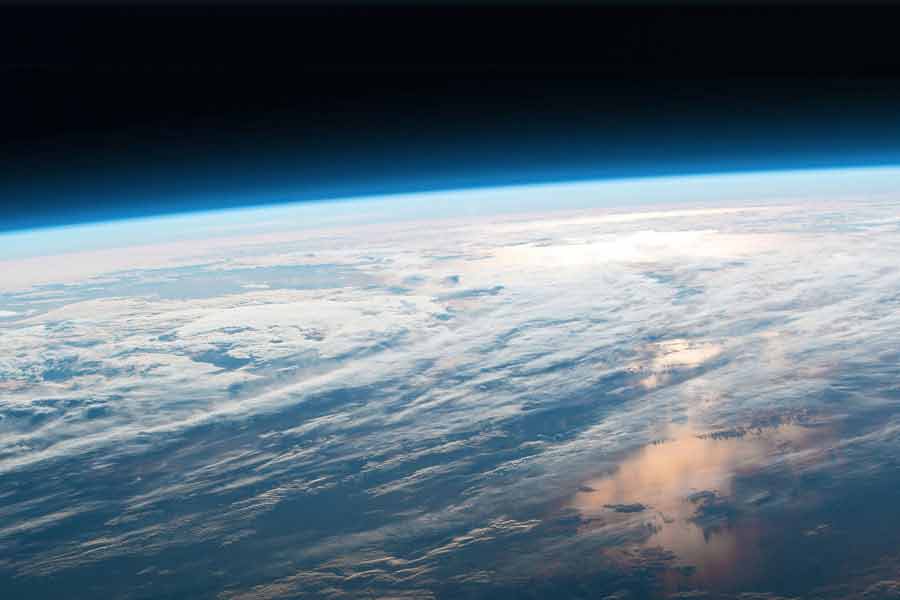 The Earth is surrounded by an air mass formed by several layers, that receives the atmosphere name. This one constitutes a true protective shield that, when leaking certain deadly solar radiations, makes the life possible. The atmosphere also provides oxygen and plays an important role in the transport of energy, and the heat balance between warm regions and cold ones.

In the terrestrial atmosphere layers of different composition are distinguished, that display important variations of pressure and temperature.

The inferior layer is the troposphere, that arrives approximately up to 10 km of altitude, and supports the most considerable meteorological changes. Is in the troposphere where the totality of the human activities is developed. At the level of the sea, the atmospheric pressure is around 1,000 milibars, and the temperature, although it depends on the position respect to the equator, usually does not surpass 86 F. Pressure and temperature diminish as going up in the atmosphere. In the limits of the troposphere it register -76 F. 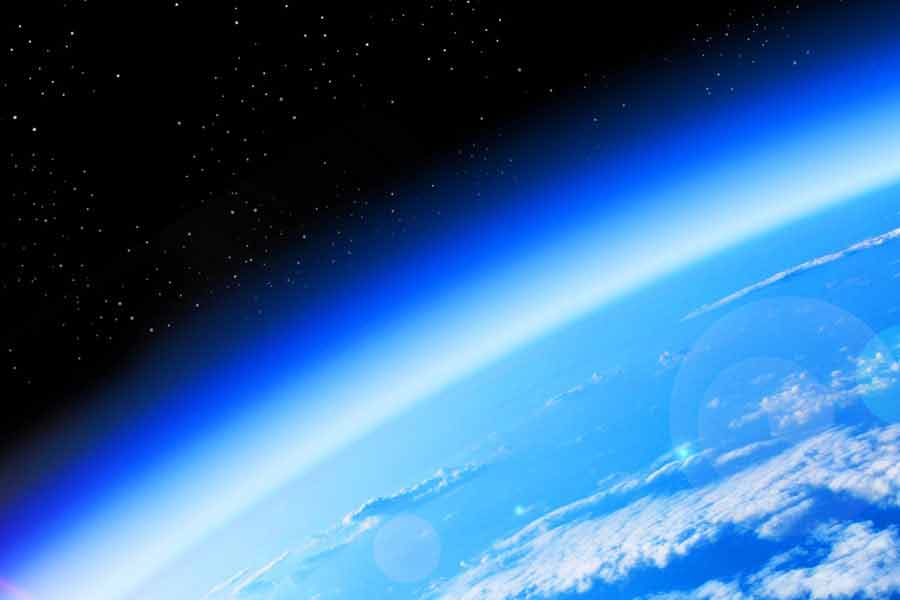 Between 10 and 50 km the second atmospheric layer is located, the stratosphere. In it an increase of the temperature is registered, that arrives at 32 F, by the ozone presence, a gas that is arranged in layer form and absorbs good part of the originating radiations of the deep space. The pressure continues diminishing in the stratosphere.

The third layer is the mesosphere, located between the 50 and 90 km, where take place a new cooling, registering the more losses more losses atmospheric temperatures.

The ozone layer presents an area called ozone hole in where the concentation of this gas reaches the lowest levels. This area is located on the Antarctica.

The global Earth heating takes place by the alteration of the conservatory effect, a natural and essential phenomenon for the life in our planet.

From the 90 to 400 km is located the ionosphere, thus denominated by the electrical particle presence of solar origin, that is the result of ionization (dissociation of atom oxygen molecules with electrical energy). The temperature ascends abruptly, until reaching the 1740 F.

The two following layers of the atmosphere are the metasphere, between 400 and 720 km, and the protosphere, between 720 and 1,000 km. The atmospheric pressure practically disappears to 720 km of altitude. In both layers almost other gases do not exist that hydrogen and helium. Beyond the metasphere the deep space begins.
From the beginning of the Industrial Revolution, by the end of XVIII century, the human activity has caused serious alterations in the atmosphere. Strange gases of chimneys, automotive sewers of escape of and aerosols invade it continuously and modify their composition. This process has given rise, fundamentally, to three phenomena: the destruction of the ozone layer, the effect conservatory and acid rain.

The ozone layer is a true filter of the dangerous ultraviolet radiations that emits the sun. It is composed by ozone, a gas whose molecules contain three oxygen atoms.

If this thin strip of our stratosphere disappeared or it were deteriorated, the consequences for alive beings would be catastrophic. In first place, the phytoplankton would be destroyed, with the consequent alteration of the trofic chain in the oceans, that would put in danger all the marine organisms. In the man, the radiations would cause serious damages, among them, the increase of the cases of cancer of skin, the weakening of the immunological system and numerous upheavals of the vision.

In 1974 it was discovered that the clorofluorocarbonos (CFC) were the main responsable of the thinning of the layer of this gas, that could get to thin so much that produces the ozone hole. The CFC are gases that the industry uses in great amount; for example, in the equipment of refrigeration and like means of propulsion of the aerosols.

Soon it was verified that the destruction of this layer reaches its greater levels on the Antarctica, during the spring of the South hemisphere. By the end of the 80´s industrial countries agreed in Montreal, Canada, to reduce the manufacture of CFC 50% for year 2000. The predicted scheme began to be applied, but neither the Conference of Rio de Janeiro in 1992 nor the one of Tokyo in 1997 obtained that that position stayed inalterable. The governments confront crescents pressures on the part of industries that are considered harmed directly: the reduction in the elaboration of packages with aerosols follows a rate much more slow now. In addition, great resistance exists to invest in investigation and the adoption of new technologies. 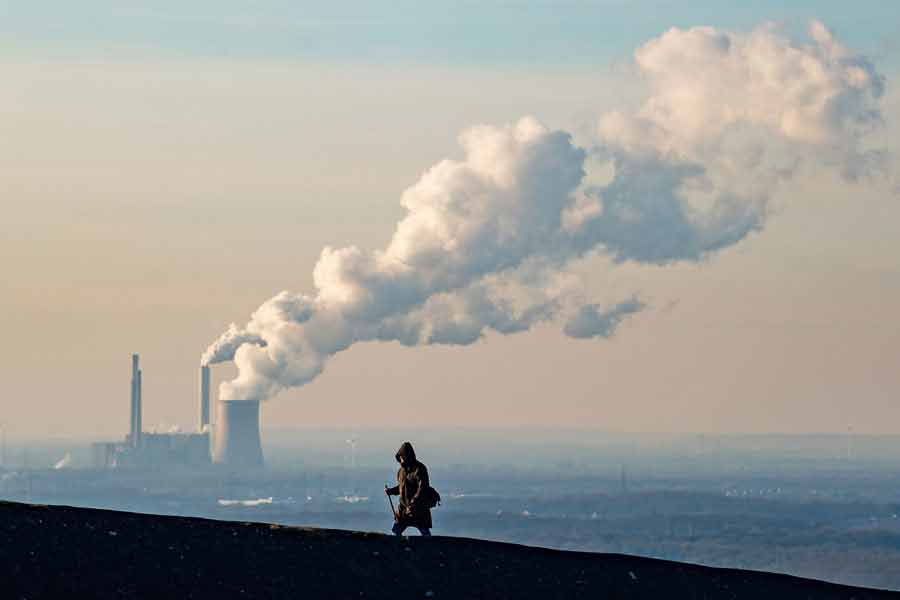 The effect conservatory is in a natural, normal and essential phenomenon for the development of the life. Its existence makes possible that in the Earth temperatures adapted for the survival of the alive organisms exists. But this natural fact can become pernicious, if it is increased by the activity of the man.

It works like crystals of a garden conservatory. In those constructions, the solar radiations penetrate through glasses and generate heat in the interior; when the sun is hidden, the heat does not leave with facility, reason why the temperature of the conservatory is remarkably more high than the outside.

In planetary scale, the atmosphere reflects – it is to say, rejects, part of the solar radiations; another part is absorbed by the own atmosphere and, in last instance, by the terrestrial surface, that also rejects a part in form of infrared radiations.

When in the high atmosphere an obstacle exists, those radiations do not return to the deep space, but are retained.

As of glasses of the conservatory, in this case that function is acted by certain gases, in which the infrared radiations bounce and return to the low atmospheric layers.

If for some reason the presence of those gases in the atmosphere were increased, would be more amount of rejected infrared rays. It would produce heat and generate a global Earth heating.

The consequences of the effect conservatory are the destabilization of the climate in the planet and the melt of the ice until now immobilized in the polar caps. The climatic changes already can be perceived, in form of hurricanes, heat waves and droughts. But most important it is that the generalized defrosting of the polar regions would imply an increase of the level of the oceans, with the consequent flooding of the low coasts of the continents.

The thermoelectrial power stations and the great industrial complexes emit nitrogen and ulphur oxides, that react with the presence of water steam in the air and form nitric and ulphuric acids. Acid rain is the result of those chemical reactions; it consists of rainwater very contaminated, that not necessarily hurries on such places where it was originated. The acidification of the ground harms several types of farmings: the acid water drags of the ground mineral salts of potassium, calcium and magnesium, necessary for the growth of the plants.

In the man, this phenomenon is cause of different affections in the respiratory apparatus. In the cities acid rain causes corrosion of buildings and monuments. Also it dissolves toxic metals of the pipes, as the chlorine and the lead, that happen to the potable water.

The continent more punished with the acid rain is Europe, that already has severely damaged its main forests. 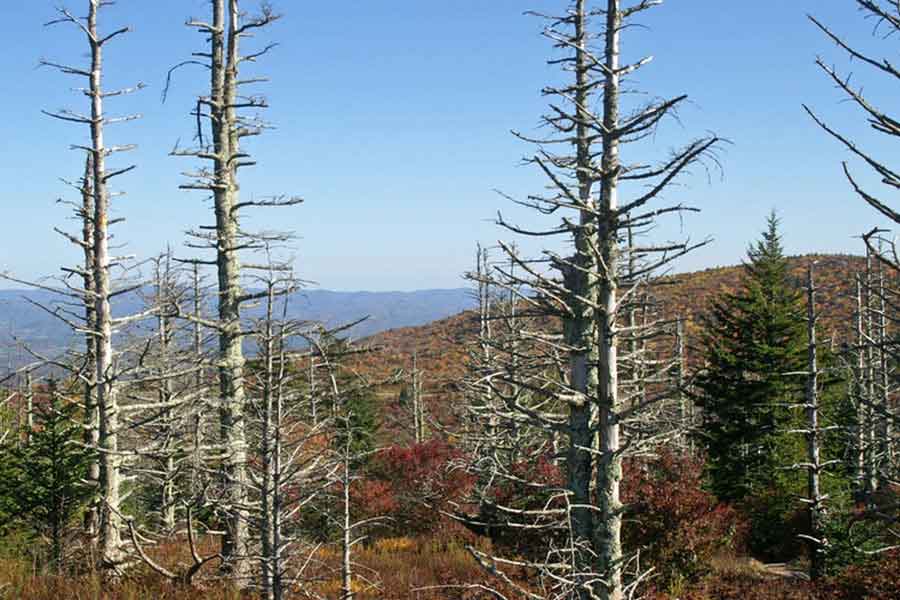