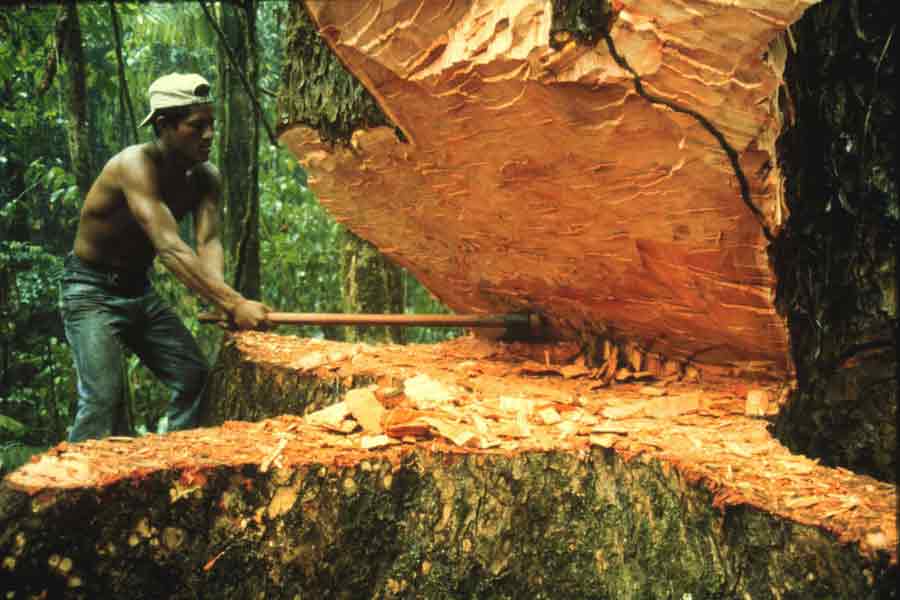 Through the centuries it had accumulated tests about how the human intervention can produce innumerable Earth damages.

One of the forms that that intervention assumes, the deforestation, has seriously affected the forests of the planet. About 10,000 years ago – before the beginning of agriculture – that type of biome extended on about 4,200 million hectares, the two third parts of the terrestrial surface. Today, in extensive regions of Asia, Europe and North America the natural forests had disappear, and the deforestation threatens to one of the most extensive forest, the amazonian.

The deforestation, which consists on the destruction of forests by burning or cutting them, goes accompanied by the technological progress, that creates new and more serious problems as well.

The fire and the necessity to qualify the ground for agriculture and the pasturing, devastate great forest spaces, but in the long term the grounds are eroded and impoverished by the absence of protective natural vegetation.

In America there were great wooded extensions to the arrival of the Spaniards. The action of more and more destructive technologies, did that at the present time only one small part of the territory is covered by forests. The rest was destroyed to obtain firewood and wood of construction and for the manufacture of furniture, or simply burned to disassemble the grounds that could be used in the agricultural production. That way, complete populations of certain species were considerably reduced. 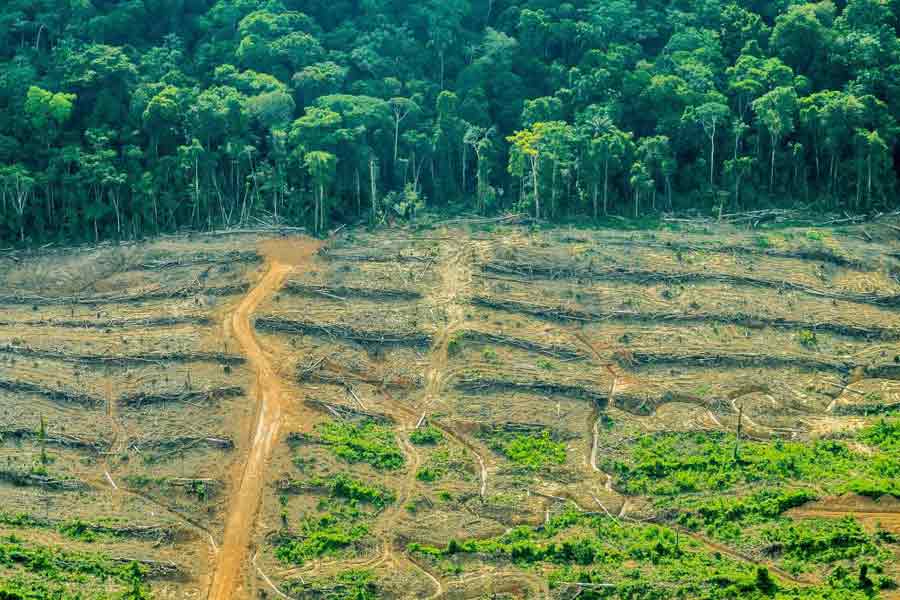 Other trees served like fuel in furnaces of mineral smelting. The quebracho of Chaco were destroyed to take advantage of the tannin, substance used in the leather tanning. At the beginning of the XX century the south zone of this region began to change its wooded appearance, to become a barren and depopulated place.

In these times, the most serious danger is the one than threatens the Amazonia. This jungle region, bathed by the Amazon river and its affluents, counts on a river basin of more than seven million of km2, in territories of Brazil, Peru, Bolivia, Colombia, Ecuador and the Guayanas.

From the irruption of the European colonizers to 1970, 0.5% of the amazonian forest had been deforested; from that year to 1991 it was arrived at 10% (about 700,000 km2). The grounds are destined, in general, to the farming operation or the petroleum search and the extraction of minerals, and also the future construction of the great transamazonian highway, of 3,000 km in length. It is predicted that for year 2020, 78 dams will have been raised, that will flood 100,000 km2 of this territory. 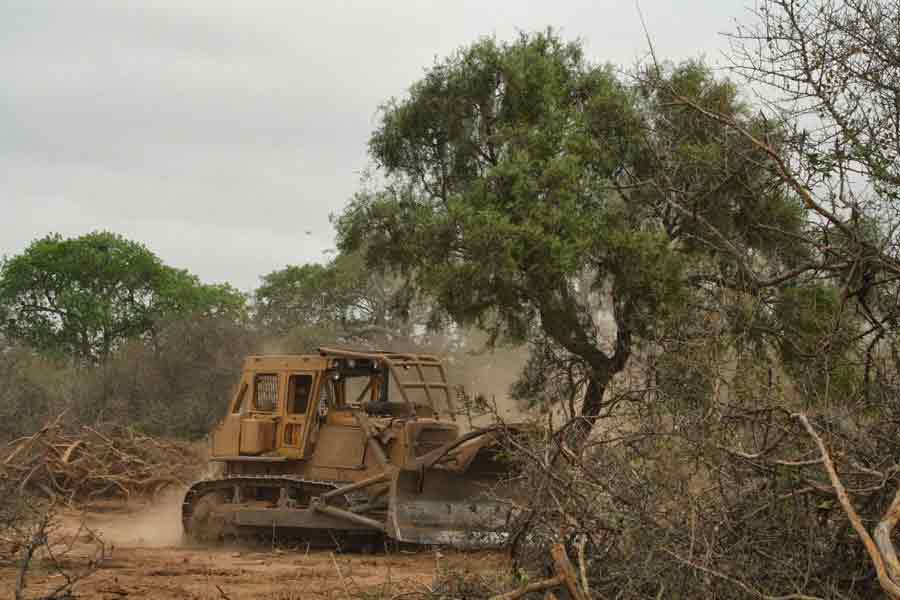 In this true lung of the planet 80,000 vegetal species coexist; 30,000 animals: 50% of the biodiversity (number of species that lives in a certain region) which has the Earth. Many of those forms of life are in serious danger now, by the increasing destruction of their habitats.

The presence of the forest determines a constant interchange of dioxide of carbon and oxygen between the alive organisms and the atmosphere. The plants consume carbon dioxide and release oxygen; when they die, it happens the opposite.

The disappearance of forests, on the other hand, affects the cycle of water, which is a necessary factor of balance of the climate and the atmospheric changes.

The deforestation modifies the processes of evaporation and the rain regime, with immediate climatic changes that affects the possibilities of survival of great amount of species, in appearance not damaged in direct form.

13,500 Km2 of tropical forest are annually burn, to transform the land into farming or pasturing areas, taking to the desertification. It is called thus to the process by which a territory that did not have the climatic characteristics of the natural deserts finishes acquiring them, because of the destruction of its vegetal cover.

As a result of it, the grounds become impoverished and the smallest particles fly by the wind, or slip with rains. The fertile and productive ground, that needs hundreds of years to form, is also unstable.

In order to maintain the cohesion and firmness of his particles, it requires especially of the plants and their roots. And if the plants are destroyed, the erosion due to the water and the wind soon leaves the open the rock that, only after the passage of many years, will be able to return to be taken advantage of by vegetables.

In sum, as much agriculture as the ways, the dams and the slumses are necessary; and in new territories, they cannot be done without deforesting. But the elimination of arboreal species does not have to exceed certain limits; if rational plans of reforestation do not exist, that intervention on the ecosystem will have serious consequences for the food web and life in general.