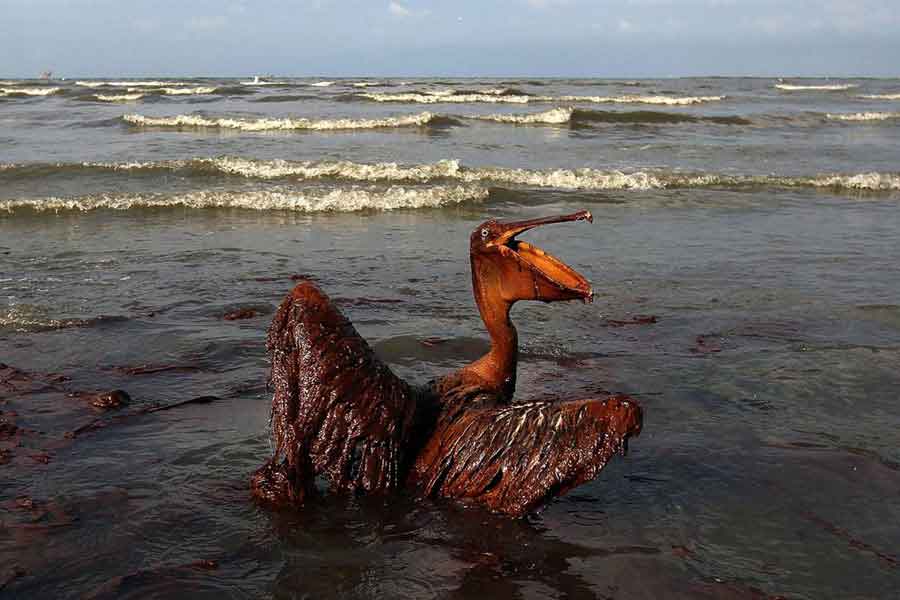 The contamination with pesticidal, the petroleum spills in the sea, the dangers of the nuclear radiation and forest fires threaten the Earth ecosystems. It is essential for the defence of the life in the planet that spreads and analyzes the errors that have taken to situations of serious ecological damage.

One of the greater causes of oceanic contamination is the petroleum spills. 46% of petroleum and their industrial derivatives that are spilled in the sea are remainders that overturn the coastal cities. The sea is used like a very accessible and cheap deposit of polluting substances, and the situation will not change while strict controls do not exist, with severe sanctions for the violators.

13% of the spills must to accidents that undergo to the great petroleum containers boats, that by negligence of the authorities and of the oil companies transport the fuel in inadequate conditions. In the last years, some of the most spectacular accidents were the one of the ship-tank Valdés of the Exxon, happened in front of the Alaska coasts on 24 of March of 1989, and the one of the Aegean Sea oil tanker, on 3 of December of 1992, in front of the entrance of the port of Corunna, in Spain.

Another 32% of the spills come from the washing of the tanks of the great ships that transport this fuel.

The spills cause great loss of life of aquatic birds, fish and other alive beings of the oceans. This alters the balance of the ecosystem and modifies the trofic chain. In the affected zones, the fishing, the navigation and the advantage of beaches with recreational aims become impossible. 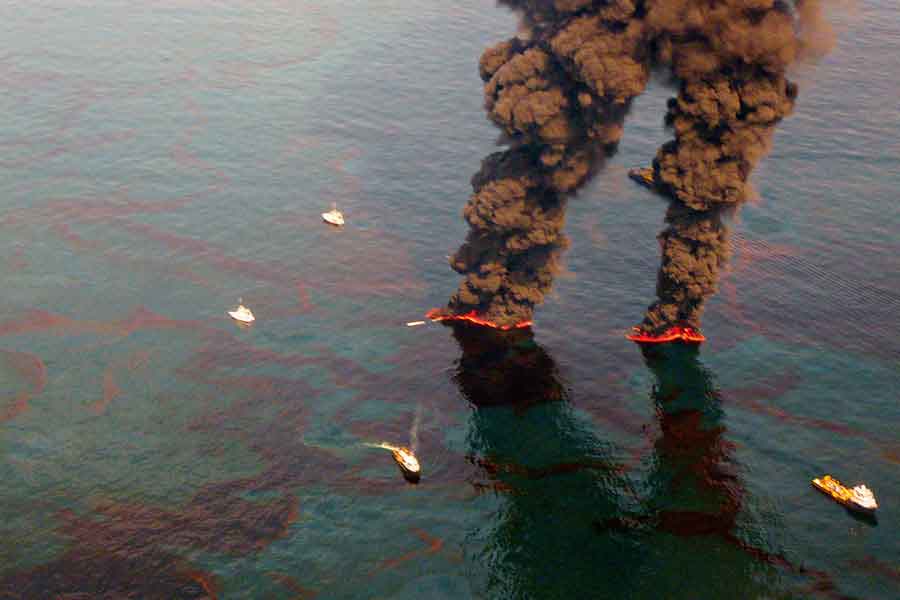 Certain substances propagate energy when disintegrating itself in their atoms, and also the residual heat – persistent during years- that it generate. That phenomenon, known like radioactivity, is particularly intense in the case of the plutonium.

At the present time, 424 installed nuclear power stations in 25 countries produce 16% of the world-wide electricity. Some countries, like the United States, pressed by the terrible accident of Chernobyl, have annulled the projects of construction of new nuclear plants.

The explosion registered in Chernobyl on 26 of April of 1986 released great amount of radioactivity. The cloud that formed moved to other countries, by the action of winds. The more contaminated zone included about 260,000 km2 of the ex- Soviet republics of Ukraine, Russia and Belarús, and affected in a direct way to 2.600.000 inhabitants.

The Soviet authorities only admitted officially 31 victims, but it calculates that the radioactive emissions produced 32,000 dead ones in the first ten years, and that 400,000 people had to be moved of their places. The explosion of the nuclear reactor caused terrible effects in the health of the population: increase of infantile mortality, cancer of thyroid, increase of the amount of children born with leukemia, malformations, tumors and other affections, that will be transmitted genetically. In addition, the disaster caused the destruction of whole harvests and food contamination. 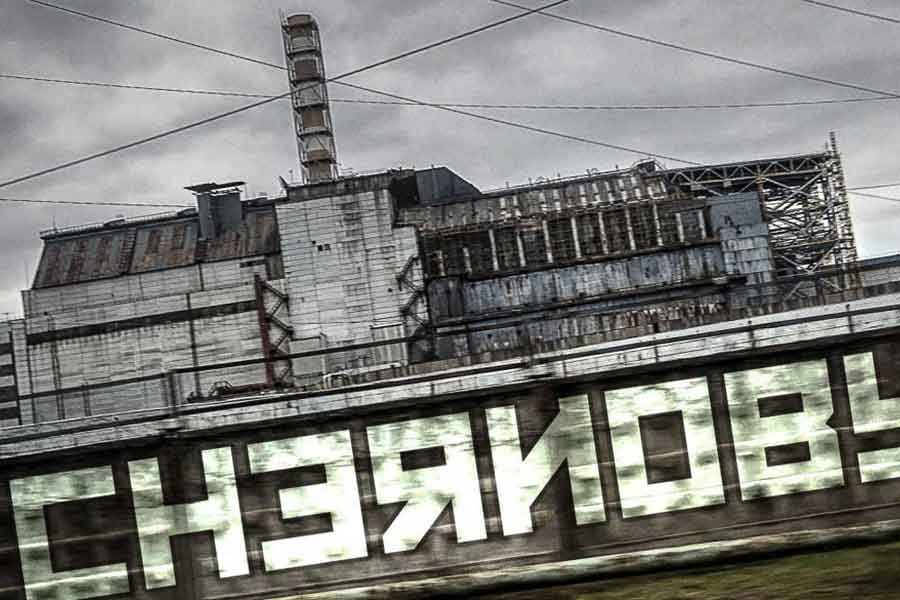 The nuclear power stations have high costs of construction and maintenance, in addition it has demonstrated not to be the sufficiently efficient . Of all ways, the leading one for the cease of the construction of some plants in the world has been the accident of Chernobyl, Ukraine.

Another problem related to the nuclear escapes, and not less important by its consequences, is the destiny of the radioactive waste. At first it had been chosen to spill it in the oceanic bottoms.

But soon it was demonstrated that the procedure was not safe enough.

Different alternative solutions have looked for, and at the present time it continues the debate.

Perhaps the best one of the proposed methods is the underground, hermetic storage and without established term.

Annually the man dismantles near 12.000.000 hectares of tropical forest. Nevertheless, this reduction is not the unique one that undergoes the forest areas of our planet; it must add the excessive operation which suffer other types of forests and the loss that cause fires.

More than 7.000.000 hectares of forests, jungle and scrubs are destroyed annually by this cause. Between the factors that favour this phenomenon are the high temperatures, the strong and dry droughts and great lack of humidity and winds that contribute to the dispersion of the fire. What begins being a spark, quickly becomes a fire center that advances and it is not possible to be stopped nor to be controlled.

In the way of advance of a forest fire, three sectors can be distinguished. The upper level, the one in which the fire happens in the glass of the trees, that is to say, where are the branches and the leaves, is the one of the faster advance and most difficult to control. At medium level, where the shrubs grow, the fire advances less quickly but it affects not only to these but also to the herbaceous layer. In the inferior level, below the ground, the advance occurs to a much more slow rate, but the damage that causes the fire when it arrives at this part is greater than in any other level, since it burns the roots and it carbonizes humus inflict casualties irreparable.

In many occasions the fires are originated in a natural way or sometimes in controlled form, but, in other opportunities these catastrophes happen by negligence, in special in natural tourist zones or protected areas where the man lives outdoors in close contact with the nature. 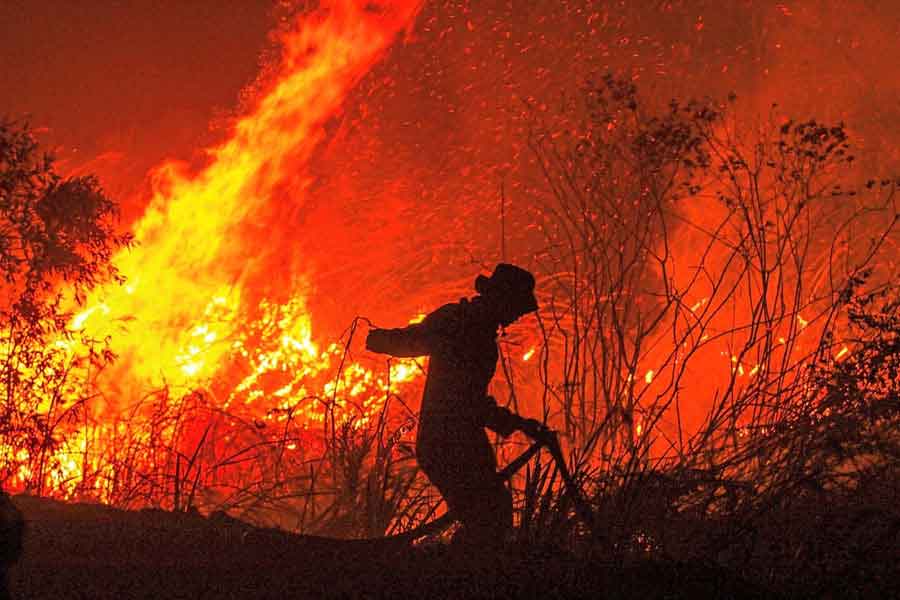