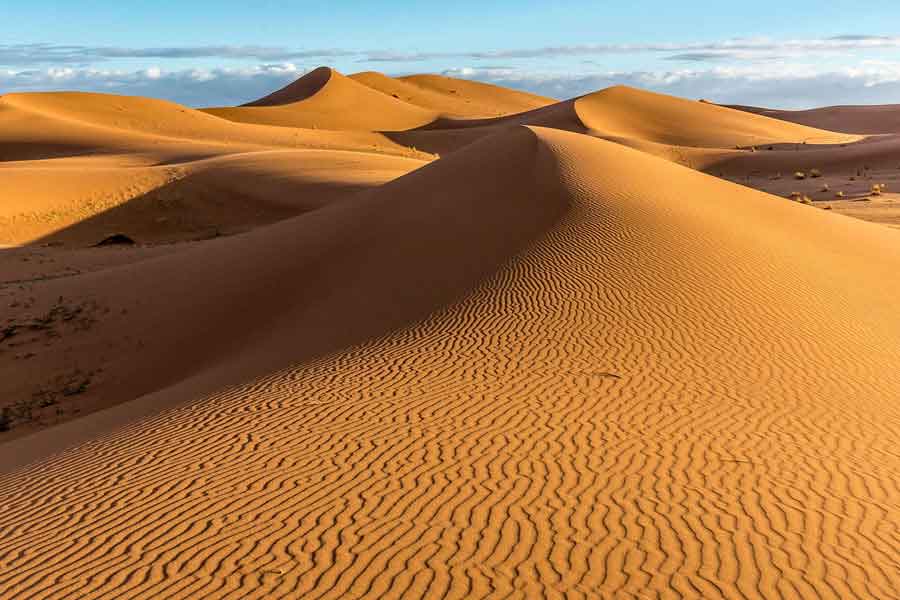 More of 14% of the surface of the planet it is occupied by deserts, located mainly in neighboring areas to the tropical. In this biome the aggravating factor is the water: the precipitations do not arrive at 15 inches per year, whereas the annual average temperature is of 86 F. The deserts are not dead regions. After a sudden rain, a sandy surface can be populated with plants, flowers and small animals.

The dominant vegetation is herbaceous and of character xerófilo, that is to say, adapted to the dryness of the environment. The distance of the sea causes that the marine winds arrive without humidity in the cold continental deserts, like the one of Gobi, in Mongolia.

Also contribute to dryness the sea cold currents that happen through the coasts of some continents forming strips desert, like the one of Atacama, in Chile. In the warm tropical deserts, like the Sahara, the water steam shortage in the atmosphere does that a 90% of the heat of the sun arrive to the ground.

At night, the temperature quickly drops because the heat dissipates in the atmosphere.

The most extensive desert of the world is the Sahara.

It extends on almost 9.000.000 of km2, in North Africa and the Arabic peninsula. It registers the maximum temperatures of the planet (until 136 F), and has three types of land: rocky plateaus, deserts of stones, extensions where the sand forms dunes of up to 200 ms of height. In ancient times the Sahara had water in sufficient amount, with very rich flora and fauna, according to testifies paintings on rocks of about 5,000 years ago.

The grounds of the deserts are, in general, extremely barren and are compound of sand. In spite of the hardness conditions, where the water arises appear the oases, very rich in vegetation.

In general, rains do not keep a seasonal rate.

Some deserts have more precipitations in winter; in others, can not rain during ten years. The seeds survive protected by their hard crusts; when it rains, always torrentially, germinate quickly. Quickly the plants grow, bloom and generate new seeds. Those that does not die immediately, must resist the dry climate and, by a mechanism of adaptation to the drought, absorb and conserve water.

The American cactus, for example, stores it in its stem; the leaves, transformed into thorns, do not eliminate water and defend the plant. The photosynthesis process takes place in the superficial cells of the trunk. In general, the plants of the desert have very deep roots to catch the underground humidity, and grow very remote of others to take advantage of the water.

With the vegetal life the fauna also renews. It appears numerous insects, spiders, scorpions and centipede. In the ponds that temporally form, activate eggs of crustaceans that have been long time – sometimes, decades in latency. Frogs and toads are multiplied, but when water evaporates they buried to escape from the heat. In the reptiles of the desert, the grudges avoid the loss of water. The mammals that prevail are rodent excavators, who feed themselves on seeds. They have strong later legs, with which they jump and move quickly. The kangaroo rat lives in the American deserts; jerbo and the rate of the desert, in Africa, and the marsupial kangaroo in Australia. Only in the neighbourhoods of the ponds some species of herbivorous can subsist. Certain African zebras detect the underground water presence, and construct their water through excavating with the hooves. 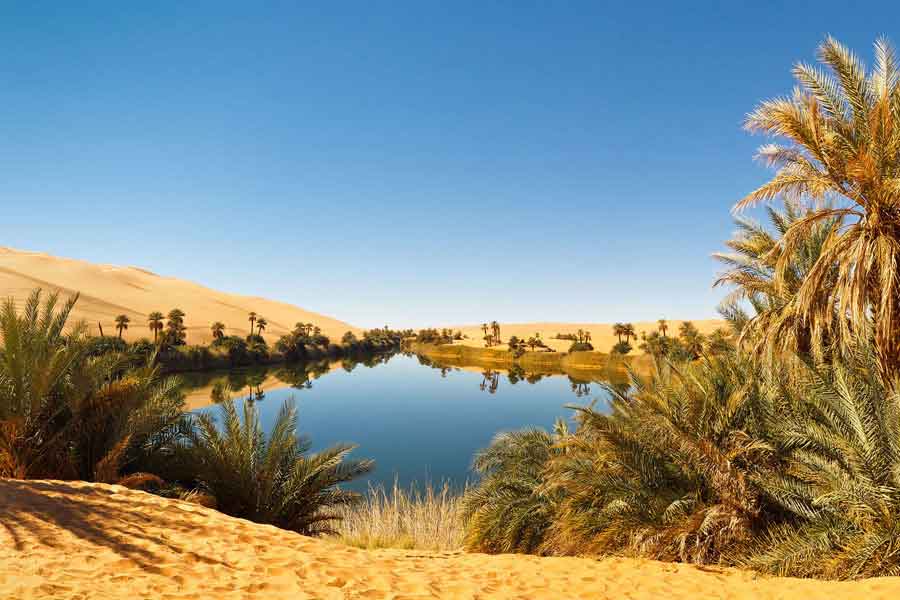 The camel, typical of the deserts of Africa and Asia, can pass lengths periods without drinking. In case of necessity they undergo the transformation of the greasy cells of the hump, that provide water to the organism. Those fat reserves can surpass the 100 kilograms, and to be concentrated in the hump they do not transmit heat to the body.

In the deserts of Asia and Africa it is called oasis to small islands of vegetation and fauna concentration. Its location throughout the territory determined, in prehistoric times, the human migrations and the routes of the caravans. In its margins villages and cities arose. An oasis is a potable water permanent font, a spring next to which grows palms, olive trees and fruit trees, and agricultural activities and of livestock farming can be developed. In several African and Asian countries it has been tried, successfully, to create artificial oasis by means of the extraction of the deep water.

In spite of the extreme dryness and the heat, the deserts are not dead regions. To the dusk or when the night falls, birds, reptiles, rodents begin to show. 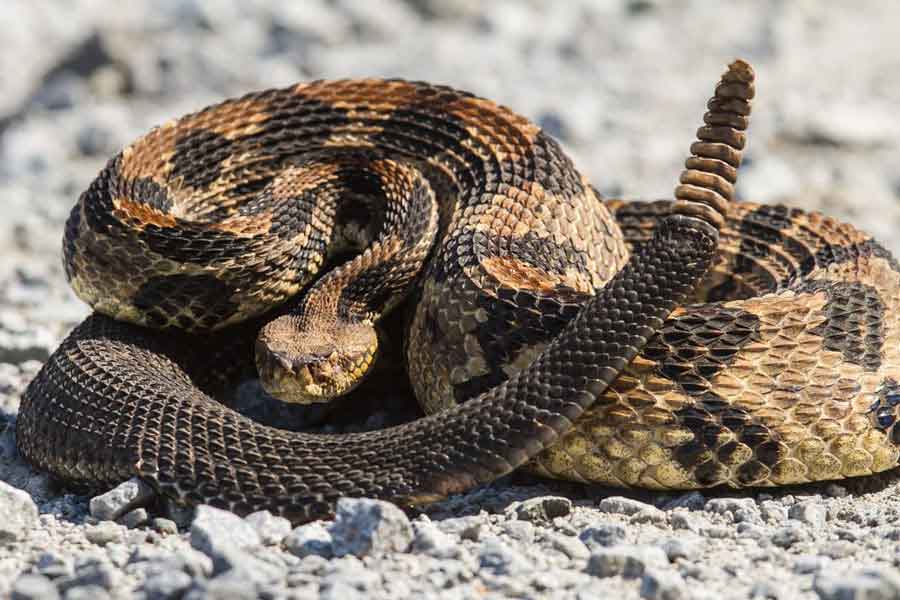